Greetings and welcome to a new Flute Friday!

Be sure to check out your flute horoscopes for February on The Flute View webpage. There is a Full Moon this weekend! Find out what this means for your flute playing here: https://thefluteview.com/2020/02/dr-gs-flute-horoscopes-february-2020/

Photo by Pixabay on Pexels.com

This week’s blog post will be a bit more reflective than instructive. In an interview earlier this week, I was asked the question, “Explain a time when you felt that you had failed at something.” I mustered up some courage, put my pride aside, and began to discuss my music career. I would like to share my answer with you this week because I think there is a good lesson here for those of you who may also struggle with disappointment in your own music careers. 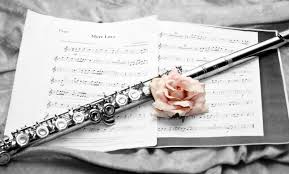 I completed my DMA in 2010 and was absolutely on fire about the future of my career! I wanted to teach, I wanted to perform, and I wanted to publish. I immediately began applying to teaching positions around the country. I was ready to make my start as a lecturer in a smaller school while performing in local orchestras. And then the first set of rejection emails rolled in. Meanwhile, I also began working a day job on the same college campus that my husband (then fiancé) was completing his Ph.D. With every new rejection email that arrived in my inbox, I felt more and more like a failure. This cycle continued for a year, then two years, and then five. I felt that the music career I spent several years trying to create was in the toilet. At the same time, I began to excel in my day job, earning a good living while still having the time to teach lessons and perform in local orchestras on nights and weekends. It wasn’t until I stopped comparing my current reality to the reality I expected was waiting for me on the other side of my DMA that I realized characterizing my career as a “failure” was just not right. There is no single cookie cutter version of a music career. I may not have achieved what I thought I would when I received my DMA, but I have successfully achieved many other things in my post-doctoral career. I have built my own flute studio. I have published articles and am currently working on a book with a large publisher. I publish monthly flute horoscopes. I have performed in orchestras and flute choirs and have even appeared at the NFA convention as part of the Professional Flute Choir. I have achieved all of these things while also maintaining a successful career outside of music. I have turned a career that I originally thought to be a “failure” into a series of successes.

If you ever find yourself referring to your music career as a “failure” while staring at rejection emails in your inbox or reflecting on the career path that you envisioned while you were working your way through college, remember that having a music career looks very different from one person to another. The flutist you thought you would be in high school may look very different from the flutist that you end up becoming in the future. Keep an open mind and avoid viewing your career in black and white terms. A successful music career is truly what you make of it.