Greetings and welcome to a new Flute Friday/Sunday (one of these days I will get my act together and start posting Flute Friday ON Fridays).

Summer is just around the corner! This is typically a good time to regroup, reprioritize, and explore new ideas for repertoire. I often find myself getting lost in recordings I find on YouTube or iTunes during the summer months while soaking in the beautiful California Summer sun. I use this time to step outside my own playing and discover something new and inspiring in the playing of another.  Throughout my career there have been a handful of recordings that I have considered staples in my collection. In today’s blog, I will share my top 5 favorite (and highly recommended) flute recordings. If you are searching for new inspiration, spend some time with these masterpieces (and a pair of earbuds). Listen for new ways to approach tried and true repertoire that you may not have considered before, or simply soak in some beautiful flute music under the summer sun. 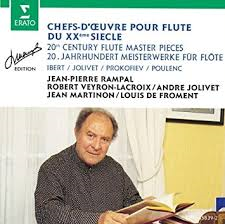 I was fascinated with complicated yet exciting 20th century works as a graduate student. This CD is full of the best of the best repertoire (Ibert Concerto, Poulenc Sonata, Hindemith Sonata, etc.), many of which have been edited by Jean-Pierre himself at one point or another. I gravitated toward Rampal editions whenever selecting new repertoire, so it was very helpful to have a very good example of how the editor intended the work to be performed. Rampal’s performances are always breathtaking, intricate, technically flawless, and nothing less than inspiring. If you are searching for a 20th century work to program on your next recital, spend some time perusing the tracks on this recording. This will no doubt become a staple in your collection.

This collection has a special place in my heart as one of my very first flute CDs was a similar recording of James Galway performing the Mozart Flute Concerto in G Major. I love how James Galway kicks up the intensity of these very standard flute concerti with a some added vibrato. This gives the works a bit of sparkle that Mozart would have enjoyed if he were alive today. I also really enjoy Galway’s cadenzas on this recording which, like the Rampal recording above, have been transcribed in Galway’s own editions. One of the challenges in performing Mozart Flute Concerti is finding new ways to breathe life into these standard, meat and potatoes, works. Galway’s recordings will help you discover new possibilities to keep your next performance of Mozart fresh and alive.

What can I say besides, “Julius Baker is the man!” Everybody has their own opinion about which flutist is their all-time favorite, and for me it is a very close tie between Rampal and Julius Baker. Baker, however, I feel is much stronger as a Baroque artist than Rampal and this recording shows Baker doing what he does best. The Telemann is a work that does not receive enough airplay, but I think Baker’s performance will inspire you to program it on your next recital. I highly recommend this recording if you are curious as to why Julius Baker is revered as one of the most important flutists of the late 20th century.

I really like when a collection contains a number of works by the same composer and since Bach Sonatas are often sold as a collection in manuscript form, this album is a great way to listen and follow along with each sonata. Bach and the beach is a great combination for summer! I really enjoy Pahud’s interpretation of these works and, like Galway, he adds a bit of sparkle and newness to the tried and true Bach Sonatas. We all have our favorite Bach Sonatas (for example, I am partial to No. 4 in C), but when was the last time that you sat down and listened ALL of them? Is there one that you find interesting that does not often get programed on flute recitals? You might find something new in the recording that you did not know about Bach before. 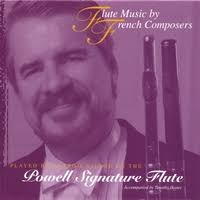 Like the Pahud album above, I really enjoy recordings that are arranged in the same manner that the manuscript appears in our standard collections. If you know that you would like to program a French Flute School work on your next recital, for example, you may simply pick up one of these recordings, follow along with your manuscripts, and select one of the pieces after you have listened to all of them. This Ransom Wilson recording is a good example of such an album. This is an excellent recording as it is never too over the top. The danger of performing the exciting and emotional music found in the Flute Music by French Composer collection is that it is very easy to overplay literally everything when you are nervous on the stage. Ransom reminds us all to chill – music can be phenomenal while still remaining precise. 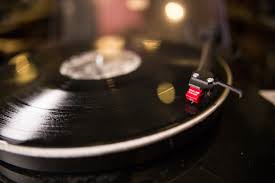 What is on your list of favorite recordings? Do you own any of the above recordings? Which one is your favorite and why? What recordings are on your summer listening list? Please comment below!