Welcome to Flute Friday! Summer is upon us.

I always liked to use my summer months in college to daydream about my next recital program. I listened to CDs (or watched YouTube videos later in grad school), checked out music from our school library to add to my lazy summer practice session queue, purchased music from Flute World that I knew I would want to work on some day if not for my next recital and raided the depths of my own music collection for pieces that may have been collecting dust for too long. After the necessary review, practice and soul searching, I would select pieces that could be programed based on a theme and in a progression that made sense. As most students are already on summer vacation, this is a perfect time to think about programing upcoming recitals. Today’s blog will offer some ideas about how and what to include on your (or your student’s) next recital and how to develop unique program themes. Variety tied together under a unifying thread creates an interesting yet challenging program that will truly show your flexibility as a musician and your bravado as a performer. 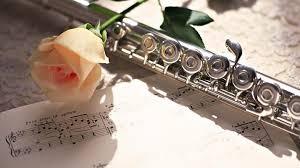 The Musical Era Program.  The easiest way to select a program is to choose one piece from each of the four major classical music eras – Baroque, Classical, Romantic and Contemporary. The opens up a number of possibilities because the repertoire within each era is so vast. Recitals programed using the era system will sound completely different from one another because composers falling under the same era will use sounds and techniques that differ greatly from their contemporaries. The combinations of composers juxtaposed against composers from other eras are endless. For example, a recital program under this system could open with a Bach Flute Sonata (perhaps one of the favorites – C Major, E minor or B minor) followed by a Mozart Concerto (G or D). After a brief intermission, the second half of the recital could kick off with and a piece from the French Flute School (the Hue Fantasie is a good choice with this program to counteract the length of the Mozart) and finally the program could end with a 20th century work such as the Prokofiev Sonata. Of course you do not necessarily need to follow the passage of music history and can mix up the eras within the progression of the program. I typically prefer to end a recital with a work from the Romantic period for the obvious musical fireworks provided at the end of pieces from the French Flute School. I also like to include an unaccompanied work from the 20th century that includes some kookie extended techniques to remind my audience that music is not always about playing something “pretty.” Pieces from the Baroque and Classical eras could be programed to include some ensemble playing. For example, you might include Mozart’s Flute Quartet in D Major or the trio sonata from Bach’s “Musical Offering” (scored for flute, violin and basso continuo). Finally you may use this era system to program works for other instruments from the flute family (including the piccolo, alto or bass). A Vivaldi piccolo concerto would fit nicely into a recital that included Mozart’s Concerto for C Major for Flute and Harp, Enesco’s Cantabile et Presto and the Nielsen Flute Concerto.

The Single Period Program. Perform a selection of works from only one of the major compositional eras. Word of warning: some eras are going to be much easier to program this way than others. For example, the Romantic and Contemporary periods have more of a selection of different types of music using a wider variety of techniques than the Classical period which may feature only two different composers (Mozart and Haydn). The most important thing to keep in mind when programing a single period program is that you must integrate some form of variety. The most effective way to accomplish this is by selecting works featuring different types of instrumentation. You could program an all Baroque recital featuring a Bach Brandenburg Concerto, a Vivaldi piccolo concerto, a Telemann Sonata with Flute Choir Accompaniment and Bach’s solo flute Partita in A minor. Or perhaps a Romantic period recital featuring the Beethoven Serenade for Flute, Violin and Viola, Demersseman’s Sixth Solo de Concert, Doppler’s Andante et Rondo and a Paganini Caprice would work nicely. Try to select as many different composers from the same era as possible to retain the changing nature of decade represented. If you wanted to take this idea a step further, you could also dress up in a costume evocative of the century (within reason). Finally, you could easily turn such a program into a lecture recital and discuss the historical and political changes that were happening around the time of each composition and how those change might have influenced the work of the composer. However you wish to present your program, just make sure that there is a detectable amount of variety among the pieces to keep music interesting and your audience entertained. 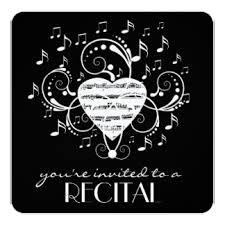 The Single Composer Program. Along the same lines of the Single Period Program, select a program featuring the works of a single composer. This is the best type of program for a lecture recital as you will have an opportunity to pause between pieces and discuss the events that unfolded in the life of a composer between each work. There must be an element of variety in this type of program as well and again the easiest way to accomplish this is by selecting works featuring different types of instrumentation. Bach is a good example of a composer whose flute compositions would do well in a single composer program. A Bach Only program could open with a Bach Flute Sonata followed by the Solo Flute Partita (or a transposition of the unaccompanied Cello Suites) and subsequently followed by the Musical Offering trio sonata. After a brief intermission, the recital could conclude with a Brandenburg Concerto. A Single Composer recital program is a nice compliment to an article, dissertation, book or other large scale writing project that you have completed or are in the process of completing as you are quite literally bringing your studies to the stage. Bonus points if you have a tech savvy friend who can conjure up a hologram of your composer for your recital! For us low tech musicians, a projection or slide show of portraits of the composer may also be a good addition to your program and visual treat for your audience.

The Theme Program. This is the most difficult type of program and one that will require quite a bit of creativity. A theme is simply an element that ties each piece together. “Love stories,” for example is a popular recital theme as numerous works of music and art throughout the ages have been written about love stories or written by composers and dedicated to the loves of their lives. A theme that would be a bit easier for us fluties to program would be “Story time” which could focus solely on works based on stories. Introduction and Variations on Trockne Blumen by Schubert could be followed by Honneger’s Danse de la chevre and Reineke’s Udine. After a brief intermission the recital could end with a flute choir arrangement of The Sorcerer’s Apprentice or Ravel’s Daphnis et Chloe. My fantasy has always been to host a recital based on mythology (Pan, Hercules, Udine, Krishna, etc.). Perhaps there is a common element that you can find between composers (a night of German composers or Royal Composers (composers who were under the patronage of royalty)). The sky is the limit when it comes to the theme program but finding a common element across many different works is very tricky. Brainstorm! Collect a number of works that inspire you. Do they share a common element?

Selecting a program is in my opinion the best part of recital preparation. It is here that you are the artist and can create a musical portrait with the works you select to perform to the world. Be creative but remember to always challenge yourself. Keep your audience interested by providing variety and consistencies in your choice of pieces and experiment with different types of recital themes. Create a new story with each performance.

What did you perform at your last recital? What types of recital programs do you prefer? Do you have a theme that you would like to program into a recital? Please comment below!