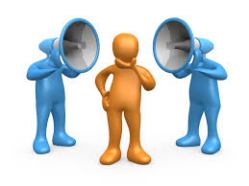 I was sitting in a dress rehearsal early Saturday morning and experienced quite an interesting phenomenon.  It is allergy season in Northern California and I, like many, woke up that morning with a bit of head congestion.  Normal.  I arrived at the dress rehearsal not thinking much of my condition because it was not effecting breathing or posture or general well being.  I noticed, however, as the rehearsal progressed, that my intonation was way off from the rest of the group, namely in exposed passages written in the middle to high registers.  At first I did what a typical wind player would do and blamed it on poor tuning within the string section however I soon discovered that was incorrect when I played with the principal oboe and principal clarinet, with whom in prior rehearsals I had no problems tuning to whatsoever.  I adjusted and readjusted but still the problem remained and it seemed like nobody else noticed how glaringly out of tune my middle to high registers sounded.  Not even the conductor flinched at exposed passages that to me sounded strangely off key.  At the break, I pulled out my tuner and as I began tuning a middle A natural to my surprise (and horror) I heard not one voice but two, a middle A and what seem to be a pitch roughly a minor 7th below the middle A, coming out of my instrument at the same time.  I experimented with other notes and discovered that the two voices could only be heard beginning at middle E and ending around the high register E located one octave above.  Naturally I thought there was something wrong with the instrument so I began asking the players around me if they could hear the two voices as I did.  None of them could hear two voices nor could they hear that the notes were out of tune.  This meant only one thing:

It was all in my head!

As the rehearsal continued I simply accepted the fact that I was going to sound out of tune in all passages written in the middle register but that luckily the only one to hear it that way was myself.  A strange phenomenon that made Elgar’s Enigma Variations sound like something out of John Cage’s sketch book, I looked this condition up when I got home.  And this is what I found:

This is a real thing!

Fortunately with the help of some over the counter medication, my hearing returned to normal prior to the evening concert, but I will never forget what it was like to accept the fact that what I heard in my head was not what the rest of the world was hearing.  This was a reminder that sometimes our sense of what is “right” and what is “wrong” can be totally unreliable and based on things not in our control.

Have you ever experienced this phenomena yourself?  Have you ever heard two voices at once coming out of your instrument that are produced by natural fingerings (and not purposeful multiphonics)?  I would love to know if others have experienced this condition even if only on a temporary basis.  Please comment below.