In the classical music world there seems to be an overarching emphasis placed on what is “correct” and what is “incorrect.”  We tend to categorize notes as being “too short” or “too long” or “too sharp” or “too flat” and the list goes on and on.  Are we searching for perfection?  Does music have to be perfect to be relevant?  Is there even such a thing as perfection in Art?  In Western Classical Music we separate the performer from the audience both figuratively and literally using the stage.  However in non-western forms (or “World” music as it is being referred to these days), the stage is removed and the audience and performers are one.  Music becomes more than a museum type exhibit and instead is a method of non-verbal communication.  However, these two methods of music performance are often separated into “camps” and as one makes their way through formal classical training, it becomes apparent that the two camps do not often collide.

In my practice, students are encouraged to explore improvisation as part of their studies.  This is not as scary as it sounds!  When we think of the word “improvisation” the first images that often come to mind are cool cat Jazz performers perched lazily on stools wearing shades and weaving tapestries of fast moving lines with the greatest of ease. 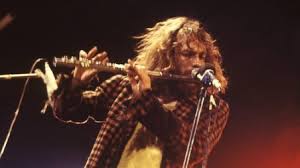 This is not always the case (and here is where the right vs. wrong thinking of the classical tradition throws us for a loop).  Making music for music’s sake is, in itself, “improvisation.”  When you open your case at the beginning of a practice session, put your flute together and play a few random notes, you are, in essence, improvising.

As an exercise, I often ask my students at the end of a lesson to pack up all of their music – every scrap of manuscript paper, their lesson notebook, their pencils, EVERYTHING – and play a drone in unison with me  (an low A or low B is a good starting point).  When ready, I will improvise a moving line while the student continues to hold the drone.  When I am finished with my improvisation I return to play the unison drone with the student.  Then it is the student’s turn to improvise!  While I hold the drone the student plays a moving line – whatever they want, whatever expresses their current emotions or thoughts or playing directions – and when they are finished they return to the held drone and we continue to take turns improvising.  It is often important that the teacher begins the improvisation to serve as an example of where an improvised line can go.  Be crazy!  Be mellow!  Show the spectrum of the capabilities of the instrument.  Throw out the rules – Mozart can watch over them. 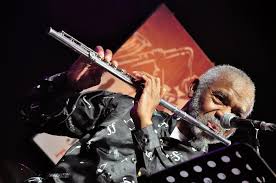 Another great exercise is to connect improvisation exercises to the classical works that students are presently studying (or perhaps ones that you are also working on).  Identify a primary melody within a work (any work) and ask the student to analyze the chord structure underneath the line (ex. I-IV-V-I).  Proceed with the improvisation exercise above, taking turns improvising over a drone, but alternate the drone to represent the tonic members of each chords.  For example, if the chord structure is I-IV-V-I and the key is C Major, you may alternate improvising first over a drone on the note C, then on F, G, and back to C.  If you are improvising with a larger group (for example in the context of a studio class or a masterclass), you can assign members of the group with the different notes of the triad.  Using our example, in a group of 4 people, 1 person can hold a C drone, another an E, another on a G and the 4th person may improvise over the triad drone.

Do you have any improvisation exercises that you have found particularly useful either to yourself or your students?  Please comment below.

Let’s all start breaking the rules a little bit more and create some music!