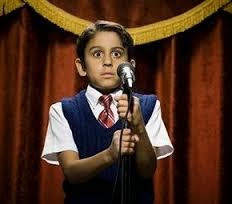 Anyone who has experienced stage fright of any kind knows just how difficult it is to control the panic when the pressure is on.  It is even trickier to understand exactly what is happening to you physically that is preventing you from giving your most optimum performance.  How do we measure our reactions to the stress of the stage?  Many of you may have already heard of the “Alexander Technique” as a way of dealing with the tension of performing but what exactly does this method entail?  How can we use the Technique in our own performance scenarios?  How can we practice working on ourselves?  The following is a brief description of the Alexander Technique and examples of 5 short daily exercises to prevent learned bad habits that develop in stressful performance situations and replace them with proper posture and positive thinking.

What is the Alexander Technique?  The Alexander Technique is a set of principles developed by F.M. Alexander that focuses on correcting postural misuse through self study/observation, inhibition of habitual patterns that contribute to improper bodily use, mental and physical direction of proper primary control and the awareness that false sensory perception and end-gaining prevent proper use from improving our actions and mental reactions.
Who was F.M. Alexander?  F.M. Alexander was born in 1869 in Tasmania, Australia and suffered from recurring respiratory problems at an early age.  At age 16 Alexander worked various jobs during the day and studied music and drama at night and by his early 20s devoted himself to a career as an actor and reciter.  He quickly developed notoriety for his one man show of dramatic and humorous pieces heavily laced with Shakespearian references.  Over time he developed hoarseness and respiratory problems which affected the quality of his voice during performance.[1]  He began observing himself reciting in a mirror and discovered that he “stiffened his neck, so causing his head to retract (he later called this ‘pulling the head back’); he depressed his larynx unduly and he sucked in breath with a gasp.”[2]  When he consciously directed himself to stop doing these things in performance he noticed an immediate and significant improvement in the quality of his voice.  Realizing in his innate “power of choice” to change his manner of doing, he discovered that when he depressed his larynx he also tended to lift his chest, narrow his back and shorten his stature.  The only way he found to improve the condition was to think “up and forward” with his head in relation to his neck and torso.  Alexander refers to the relationship between the head, neck and torso as “primary control.”  He further discovered that all “malcoordination” throughout his body originated from an imbalance of his head in relation to his neck.  Building on this idea he soon found that his body did what he felt was “right” in accordance with habit and that this sense of what was “right” was unreliable.  He also freed himself of the “unreasoned control of his organism” by paying attention to the quality of the action rather than the end goal.  As Alexander explains, the lure of the familiar is often too strong and keeps us tied down to habit.[3]

The Principles of the Alexander Technique.    The Alexander Technique is based on five principles – Primary Control, Inhibition, Direction, Unreliable Sensory Appreciation and Means Whereby Focus.  All of these concepts were embraced by F.M. Alexander on his quest to improve his stage performance and correct his general sense of “use.”  Primary Control refers to the placement of the head in relation to the neck and torso.  Here we are reminded that we have choices in everything we do including the way we hold our heads.  Whether we realize it or not, we spend most of our time in a startled position.  As biologist Rudolf Magnus explains, “The head leads and the body follows.”[4]  Inhibitionrefers to the ability to stop and delay our response to a stimulus until we are adequately prepared to act, essentially stopping misuse at its source.  Directionis simply the act of allowing the head to go up and forward so that the back may lengthen and widen.  Unreliable Sensory Appreciation is the ability to go from the known to the unknown and trust that our feeling of what is kinesthetically “right” or appropriate is unreliable.  Finally, Means Whereby Focus is the ability to consider process over product, or in other words, instead of directing yourself to “stand up straight,” consider the series of acts which may lead to the correct posture.

The five principles are intended to work harmoniously together to correct misuse.  When one receives a stressful stimulus, such as giving a recital, Alexander Technique teaches us to delay our habitual reaction (inhibition) because what we feel is the “right” response is unreliable (unreliable sensory appreciation).  We then must adjust our primary control using positive direction (lifting head up and forward) while considering the series of acts that allows us to retain a new and improved use rather than simply “standing up straight” (means whereby focus).


Exercises.  Several exercises will further develop proper use based on Alexander Technique principles.  Many of the these exercises can be found in Michael Gelb’s book, Body Learning.
Exercise 1.  The Mirror.   This exercise is simply a “taking inventory” of one’s habitual tendencies.  The  same exercise that F.M. Alexander used to correct his own misuse –  simply stand in front of the mirror and perform a short orchestral excerpt or etude.  What do you notice about the way you hold yourself?  To which side does your head lean?  Is one shoulder lifted higher than the other?  Do you tighten the muscles in your neck or in your arms?  What are you doing that may feel “right” but is preventing your primary control from performing to its highest potential?  As soon as these problems are identified, inhibit and direct your head up and forward to promote proper correction and alignment

Exercise 2.  The Lay Down (“Balanced Resting State Procedure”).  This is akin to the corpse pose in yoga however instead of simply encouraging a state of relaxation the objective of this exercise is to inhibit and direct to lengthen and widen the spine.  Begin by grabbing 1-2 books and set them on the floor.  You will be resting your head on these books to slightly elevate and align your neck with your spine.  Next lay on your back with your feet flat on the floor, knees bent and pointing toward the ceiling and your head resting on the books.  In this exercise your weight is fully supported by the floor and gravity is naturally lengthening your spine.  Fold your arms across your stomach, elbows bent and fingertips facing each other.  Mentally direct your knees to expand toward the ceiling and your arms to lengthen away from one another.  At the same time direct your spine to lengthen and widen.  Hold this pose for roughly 10-20 minutes.  When you come out of the pose you will notice that your standing posture has significantly improved and tensions that existed before the exercise are no more.  It is recommended to practice the Lay Down on a daily basis but it is most useful when practiced immediately before a performance.

Exercise 3.  Reverse Lay Down.  This is precisely what the name suggests.  In this exercise you will lay face down on the floor, turning your head to one side with your arms out to the side.  Your body is again being completely supported by the floor enabling you to let go of all unnecessary tensions.  Lay like this for several minutes and you will be able to notice a more appropriate alignment of the body.  As in the Lay Down exercise, hold this pose for roughly 10-20 minutes.  Compare what you noticed in the mirror exercise to tensions brought to your attention in this floor exercise.  Where can you inhibit improper use?

Exercise 4.  The Wall Exercise.  The theory behind the exercise is similar to both lay down exercises only here we use a wall to support and align our backs.  Find a wall with enough space for you to lean your entire body against comfortably.  Bend your knees slightly.  Perform the short etude or orchestral excerpt from the previous exercises but this time notice what happens to your head.  Are you leaning forward as you play  Are you leaning back into the wall?  Play the excerpt again this time directing your head up and forward and your back to lengthen and widen.  You will immediately notice a positive difference in the quality of your breathing.  When one can breathe properly, one can think properly.  When one can think properly, good things happen.
Exercise 5.  Visualization.  This is primarily a mental exercise but also encourages practice in directing proper primary control.  Think about your next performance.  Visualize what you will be playing, what you will be wearing how the audience will be staring at you.  Now bring your attention to your head in relation to your neck.  What is happening to your posture as you simply think about this performance?  Are you retracting your neck into a startle position?  Repeat the previous visualization but this time inhibit your learned misuse and instead direct your head up and forward.  You will find that the more times you repeat this visualization thinking up and forward with the head as you become nervous, the easier it will be to apply the same inhibition and direction at the hearing itself therefore encouraging proper use when you need it the most – in the face of fear.